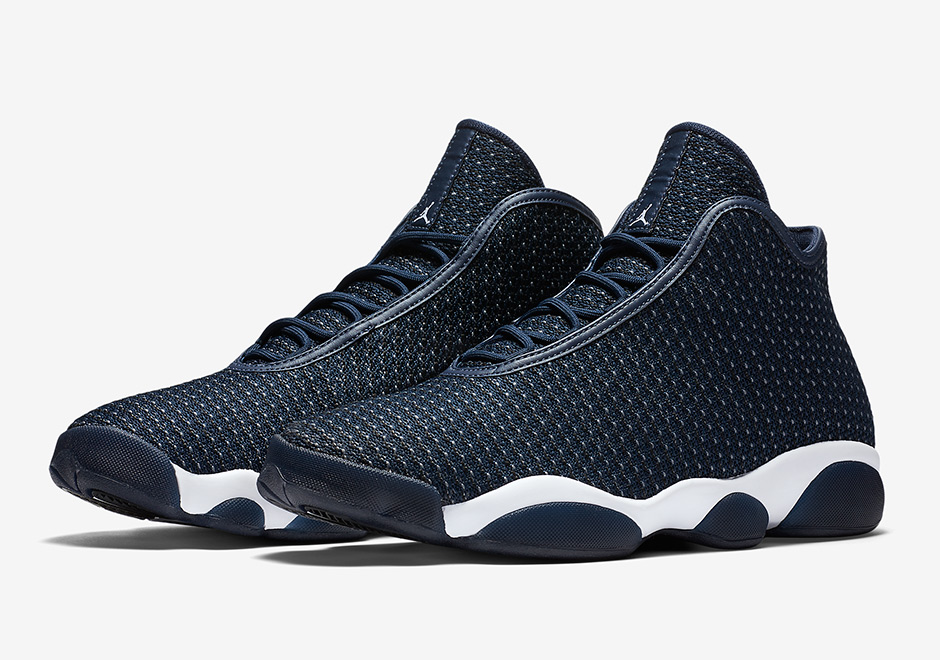 Jordan Brand’s lifestyle inclinations continue to be pushed with a number of off-court styles. At the helm of this reinvigorated thought process is the Jordan Horizon, a shoe in a similar breath as the widely popular Jordan Future, just with the Air Jordan 13’s six rings outsole. We’ve seen a number of different upper constructions on this silhouette and now a traditional breathable mesh returns just in time for the summer months ahead. An understated Midnight Navy base sees Pure Platinum threads contrast adding some diversity throughout while a matching outsole keeps things simple. No word yet on a release date, but this Jordan Horizon should land at retailers by month’s end. More detailed images below.