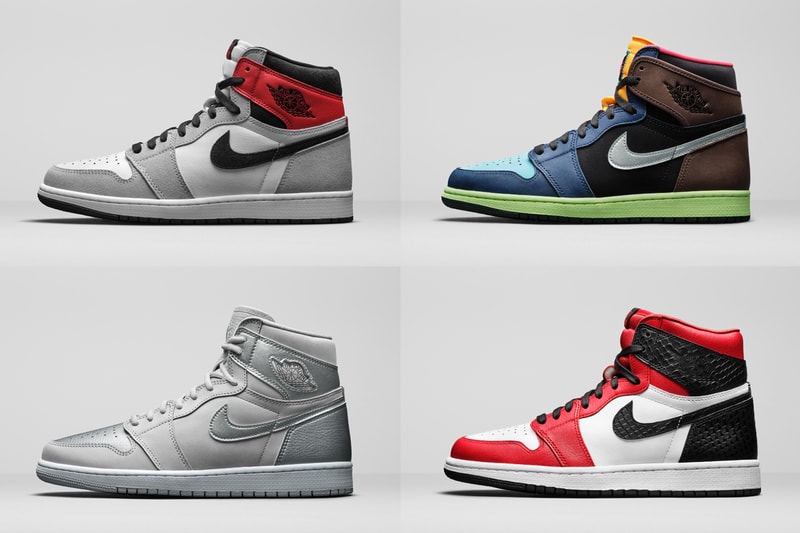 Jordan Brand has presented its Fall 2020 retro collection. A mixture of resurrected cult classics, revitalized styles with small tweaks and regarded PEs distilled into general releases, the collection mixes familiar Jordan looks with alternate details and consists of a dozen silhouettes in total. Leading the charge is a quintessential quartet of Air Jordan 1s. First up is the “Neutral Grey/Metallic Silver.” An ultra-rare CO.JP release that was only available in Japan when it first dropped in 2001, it combines silver tones both flat and metallic with a silver Jumpman hangtag for a striking look. It’s releasing globally, but the Japan editions will be extra special, numbered 1 through 2020 and packaged in silver suitcases. Following the “Neutral Grey” is the “Bio Hack.” Loosely inspired by 2005’s grail-level UNDEFEATED x Nike Dunk NL, it blends tones both vivid and earthy for a combo that nods to “Japan’s fast-paced capital city.”

Next in line are two styles that offer fresh twists on heritage Jordan Brand colorblocking. The “Light Smoke Grey” combines a Dior-adjacent white and grey palette with a “Bred”-style collar. It also mixes leathers and suedes, a perhaps unintentional nod to the Air Jordan 1’s skateboarding heritage. Last but not least is the “Satin Snake,” a women’s-exclusive AJ1 with a color scheme adjacent to the OG “Chicago,” save for the artful application of black snakeskin on the heel and a red throat. The Air Jordan 3 gets in on the fun as well with a duo of styles. A “Laser Orange” colorway for women provides a Los Angeles Lakers-esque look, and offers an alternate take on the AJ3 “Lakers,” a shoe that can fetch five figures on the secondary market. A denim-equipped iteration of the Air Jordan 3 “Fire Red” adds textured detailing inspired by Japanese selvedge to a familiar colorway, and also uses a translucent heel tab for an interesting layered effect. A re-worked Player Edition is present in the Fall 2020 collection. The Air Jordan 5 “Oregon” directly co-opts a rare 2014 Oregon Ducks PE, but differentiates itself by switching out the tongue branding and adding a large badge to the heel in the style of 2019’s Air Jordan 5 “Inspire.” Meanwhile, a women’s Air Jordan 6 “Black/Grey” blends compelling materials and cold-toned hues for an industrial, architectural look. Finally, the collection is rounded off by two Air Jordan 12s, an Air Jordan 13, and an Air Jordan 14. The AJ12s arrive in “Indigo” and “University Gold.” The former of these two is reminiscent of the OG AJ12 “Obsidian,” while the latter serves a black and yellow color scheme adjacent to Carmelo Anthony‘s AJ13 “Class of 2002.” Each also uses OG details like lizard mudguard patterns and matte-finished metal eyelets.

A white and green Air Jordan 13 provides more traditional hoops style, seemingly drawing from a rare Ray Allen PE but brightening its verdant hues up a few shades to stay unique. Last but not least, the Air Jordan 14 “Racer Blue” brings racetrack-ready style to the silhouette Michael Jordan secured his sixth and final NBA Championship in.

Look for Jordan Brand’s Fall 2020 collection to roll out on Nike SNKRS and at retailers like Foot Locker over the coming months, beginning with the release of the AJ1 “Light Smoke Grey” on July 11.

For more footwear news, check out HYPEBEAST‘s exclusive interview with Ronnie Fieg about the opening of KITH’s new Tokyo flagship.