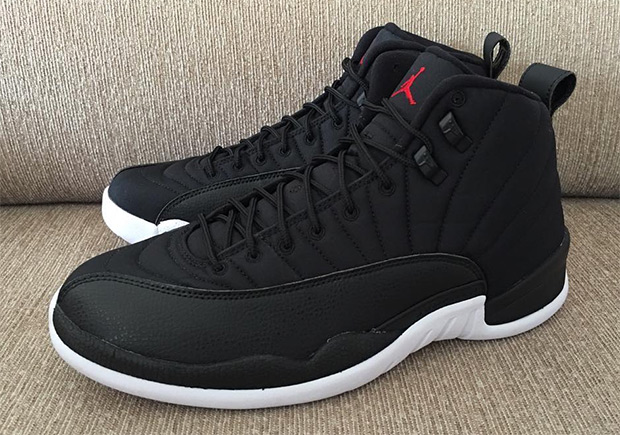 If you thought the first half of 2016 has been an exciting time for the Air Jordan 12, you ain’t seen nothing yet! The Air Jordan 12’s biggest year ever, filled with a list of OG colorways and all-new looks alike, continues on through the second half of the year, where we’ll see the release of some experimental new constructions like the winter-ready wool version and this one built in neoprene. The spongy and stretchy material is native to the Air Jordan 7 in the Air Jordan line, but this is the first time it’s ever appeared on the twelfth model, presented in an all-black upper with white outsoles and red Jumpman logos on the tongues. Get your best preview of the Air Jordan 12 “Neoprene” here, and expect them at select Jordan retailers beginning on September 10th.