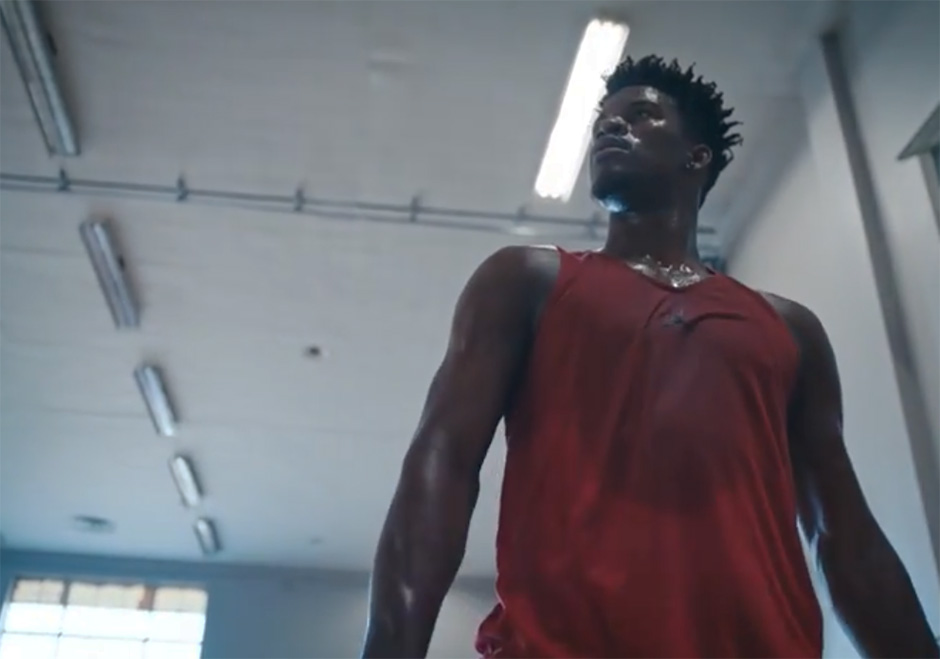 Jimmy Butler‘s hard work and determination turned him into an NBA All-Star and a Jordan Brand athlete. He was the 30th pick in the 2011 NBA Draft and worked his way from being a role player all the way to being a franchise staple through an unparalleled work ethic and training sessions that rival any superstar’s. It’s finally paying off too. In Jordan Brand’s latest video, we spend a few minutes with Butler during his off-season workouts and he talks about how he became the player he is today intercut with some highlights from this past season. Butler’s training in the Jordan Ultra.Fly, but what we’re really excited to see is the unveiling of Butler in the Jordan 31, the Jumpman’s latest signature rumored to be heavily inspired by the Air Jordan 1 “Banned”. Check out the full video below and be sure to be on the lookout for the Jordan 31 on Jimmy Butler’s feet during this summer’s Rio Olympic Games come August.