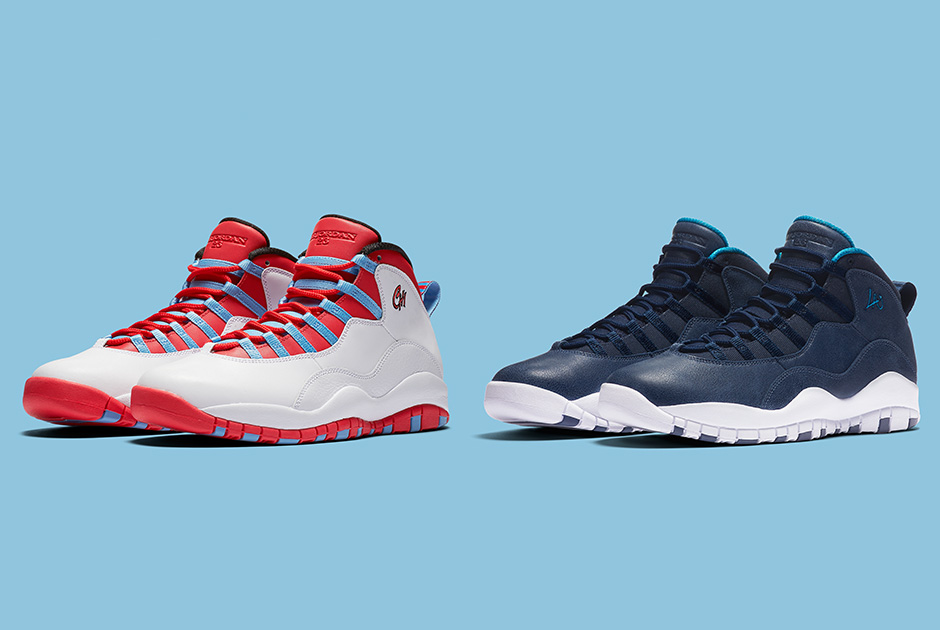 The Air Jordan 10‘s City Pack celebration is a bit different this year than it was back in 1994-95. Instead of referencing the original cities like Seattle, Sacramento, Orlando and other NBA stops, Jordan Brand decided to instead include some of the world’s fashion capitals. This weekend we’ll be getting the Air Jordan 10 “CHI”, an homage to Chicago’s flag instead of a Double Nickel reference in Bulls colors, and the Air Jordan 10 “Los Angeles” featuring an array of blue shades in honor the cool waters of the Pacific. Each pair features the city’s abbreviation stitched onto the ankle collar in that 90s specific font so there’s no mistaking which city the pair represents. Each Jordan 10 will arrive at retailers tomorrow, May 14th for $190 USD. Continue onward for a detailed look at both City Pack pairs and let us know which release you plan on picking up tomorrow by taking your thoughts to the comments section.