Henry Ruggs III is Getting His Own adidas Superstar WS2 Collaboration 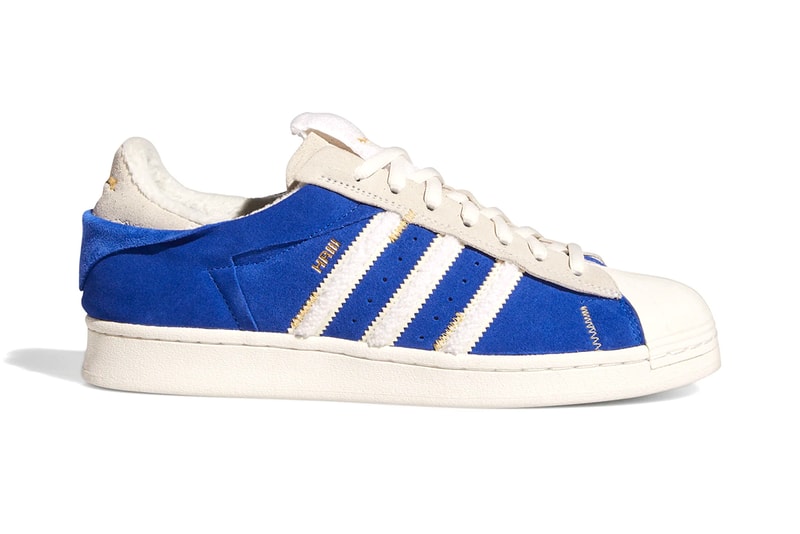 At the 2020 NFL Draft Combine, Henry Ruggs III showed off his lightning quick speed by running a 40-yard dash in an brisk 4.27 seconds. It wasn’t too long after that that adidas signed him to a sponsorship deal prior to him being selected as the 12th overall pick by the Las Vegas Raiders. And despite only being a member of the Three Stripes family for a short while, he’s already been given his own footwear collaobration: the Henry Ruggs III x adidas Superstar WS2.

The pro football player’s newest shoe bears louder uppers and interesting details throughout the upper. Suede side panels are engulfed in a “Bold Blue” hue, and come contrasted with “Off White” sock liners, throat overlays, side stripes and bottom pieces. Golden accents are visible through the Trefoil logos on the tongues, the exposed stitchings on the side walls, the “HRIII” hit adjacent to the stripes which replaces the usual “Superstar” branding” and the heels which read “Something Great.” Additionally, the heel’s suede flap appears folded down to give the aforementioned spell-out a moment to shine, and sherpa material lines the interior and the stripes.

You can expect these to launch via adidas come September 22 for $100 USD.