For Some Reason, Nike Continues To Release Vick Retros 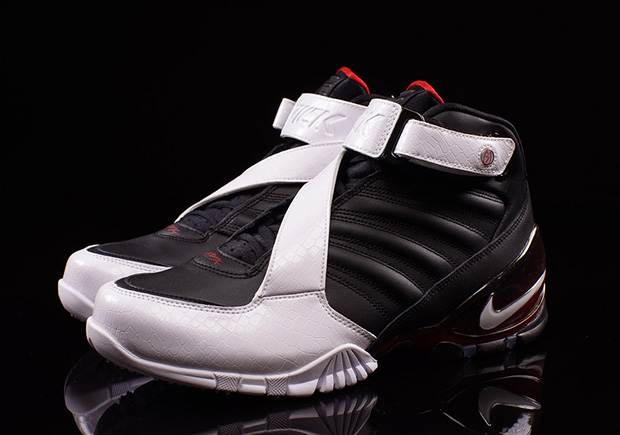 Nike’s retro of Michael Vick signatures is still a bit puzzling. Rarely does a footballer get his own signature shoe, but Michael Vick was a bonafide star throughout the early 2000s which gave Nike some leeway with creating a series of turf trainers that are now resurfacing in a number of spontaneous releases. After the fallout from his dog fighting ring, Vick was a social pariah – that is until his legitimate success during the 2010 NFL season as a replacement quarterback for the Philadelphia Eagles. With success comes a story of repentance and reflection, and we all know how much America loves to see someone fall from grace only to be built back up again. Yet Vick’s success was incredibly limited after Nike resigned him – something that the brand’s carefully aware political correctness went against in the first place. Perhaps the only reason we’re seeing the Nike Zoom Vick III back at retailers is so that Nike can recoup some of their over-optimistic investment at the end of their second contract with the quarterback. Will you ever wear a Vick signature again? If the answer is yes, you can find your size right now in the original “Falcons” colorway right now via Oneness.

Read the rest of For Some Reason, Nike Continues To Release Vick Retros

The post For Some Reason, Nike Continues To Release Vick Retros appeared first on Sneaker News.