Flyknit Version of the Nike Spiridon is Coming 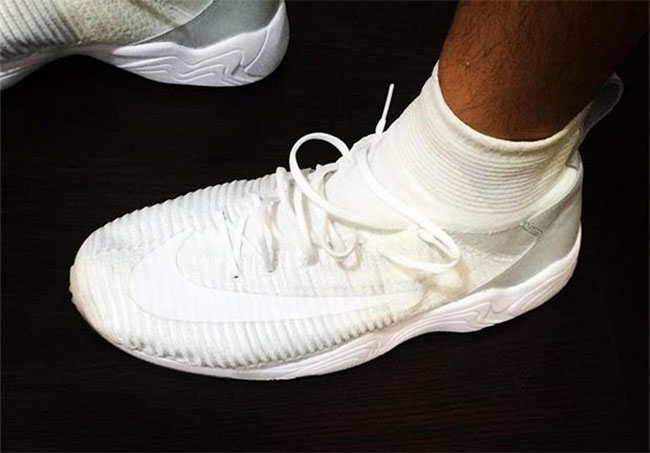 We have received word that the Nike Zoom Spiridon will return in 2016 which is great news for fans of the model. While we don’t have images of that model, it already appears that Nike will be adding Flyknit to the model.

As you can see, the traditional Nike Spiridon will now be constructed with Flyknit through the uppers. An extended collar is used which will act more like a sock while a vamp Swoosh hits the toe area. The first color to debut comes in all White which is a nice look for the warmer weather.

At the time of writing, release information or a retail price is not available for the Nike Spiridon Flyknit, however we can probably expect the shoes to debut during Summer 2016. We can also expect various color options to release as well. Below you can see a larger image of the Nike Spiridon using Flyknit materials. Let us know if you plan on picking them up once available or what colorways you would like to see. 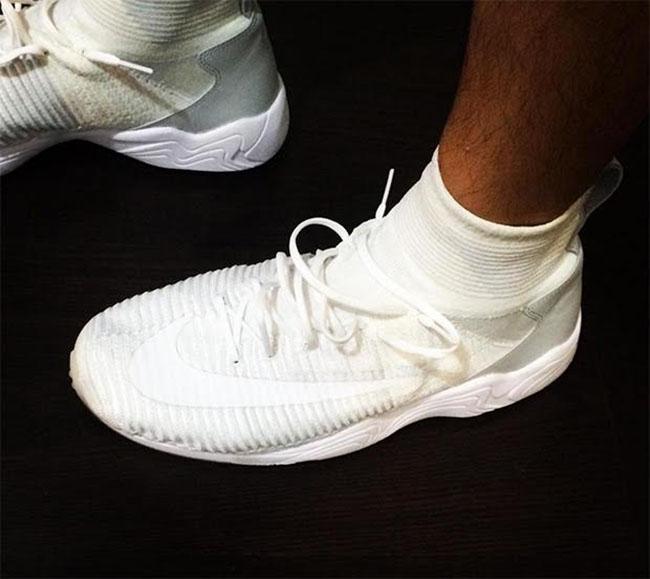