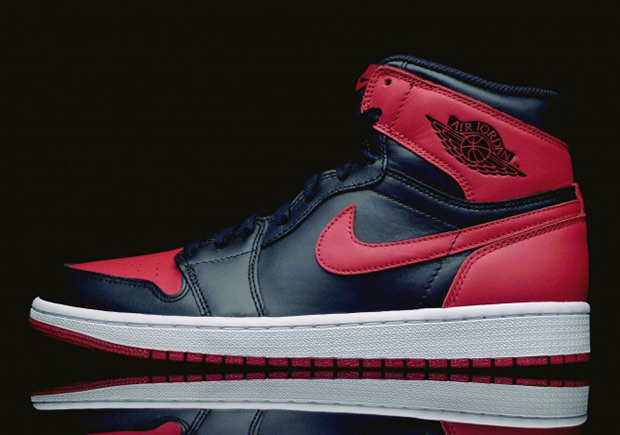 If you still weren’t impressed with all the OG Air Jordan re-issues coming your way this year, feast your eyes on the Air Jordan 1 Retro High OG “Banned” aka “Bred”. This devilish black/red colorway was rumored for a Fall release, and this first look at an early pair may seal the deal that the Bred 1s will indeed come back despite hitting stores in December of 2013. Certainly an essential an any Air Jordan rotation, the original high-tops bearing the Jumpman Wings logo will be a must-have if it drops later this year. Based on this image, this upcoming release doesn’t feature any “X” detailing as seen on the actual “Banned” release from 2011. Grab a first look at this early pair below and stay tuned for updates. Note: the above photo is of the 2013 release.