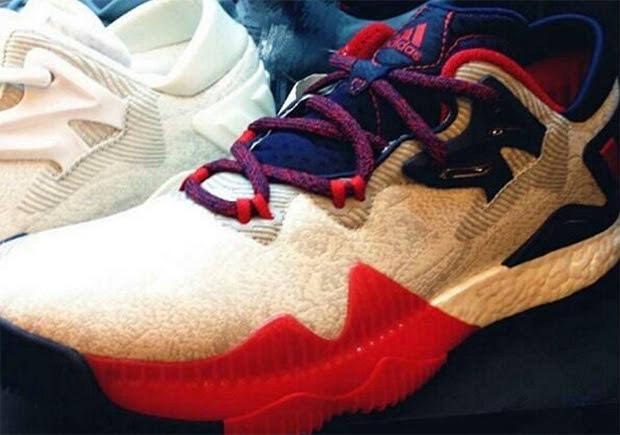 Can the momentum from both adidas Originals and the three stripe’s running imprint carry over to adidas Hoops for 2016? The adidas Crazylight Boost 2016 looks like it could very well be the model to push adidas’ basketball category into the future and gain some ground on industry-leading Nike and upstart Under Armour throughout the next year. There doesn’t seem to be a readily apparent plan for the three stripe’s basketball brand, as James Harden is waiting on a signature model after signing a $200 million deal and John Wall has bolted after contract disputes. In fact, the only constant over the past few seasons has been the Crazylight series, and the Boost-wielding silhouette continues to get better with each new iteration. A full-length Boost bottom returns with a new Tubular-esque enclosure for added support and style. The woven upper even sports a lifestyle ready design that could venture off the court. Check out more preview shots below.