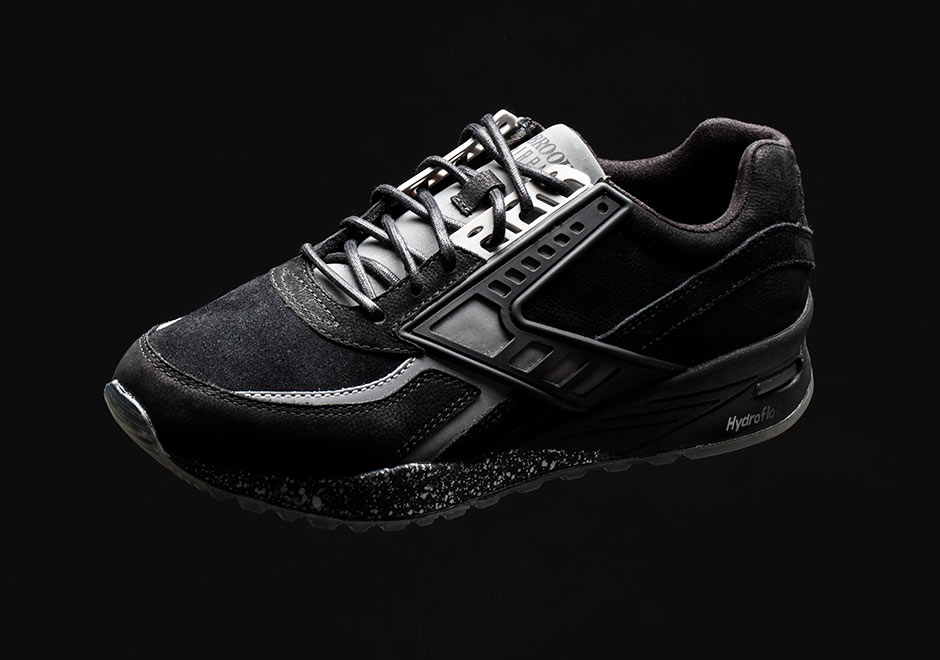 Today Los Angeles based contemporary menswear brand FairPlay previews their upcoming collaboration with Brooks Heritage for the Regent in a “Battle of Los Angeles” colorway. The look for the classic Brooks runner is inspired by the Battle of Los Angeles, the nickname of an event on the night of February 25, 1942 when an anti-aircraft aerial barrage caused a disturbance over the LA skyline. According to the government, the incident was an attempt to take down a “stray weather balloon”, but other theories hold that it was an fire exchange between the army and extraterrestrial forces. The shoe’s UFO-inspired colorway translates the story into a sleek all-black colorway in premium suede and leather with reflective accents and a speckled midsole that represents the spark of gunfire. You can preview the FairPlay x Brooks Regent “Battle of Los Angeles” here, but you won’t be able to get your hands on a pair until February 2017.