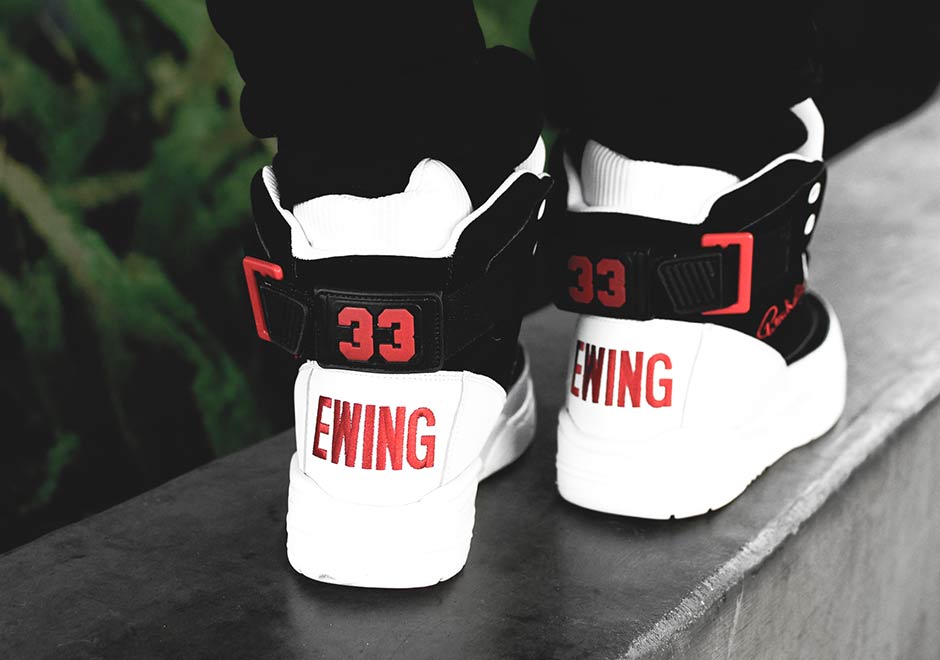 Ewing Athletics just released their April 2016 Retro Collection highlighted by the Ewing 33 Hi and Ewing Image in a unifying red theme. The 1990 flagship model, responsible for the brand’s resurgence in 2012, comes adorned with a stylish white/black/red colorway, while the Image silhouette, which Ewing wore during the ’94 Playoffs and NBA Finals, arrives in a daring red suede upper with black accents. Both pairs have just become available, so get the 33 Hi and the Image right now directly from the Ewing Athletics online shop.