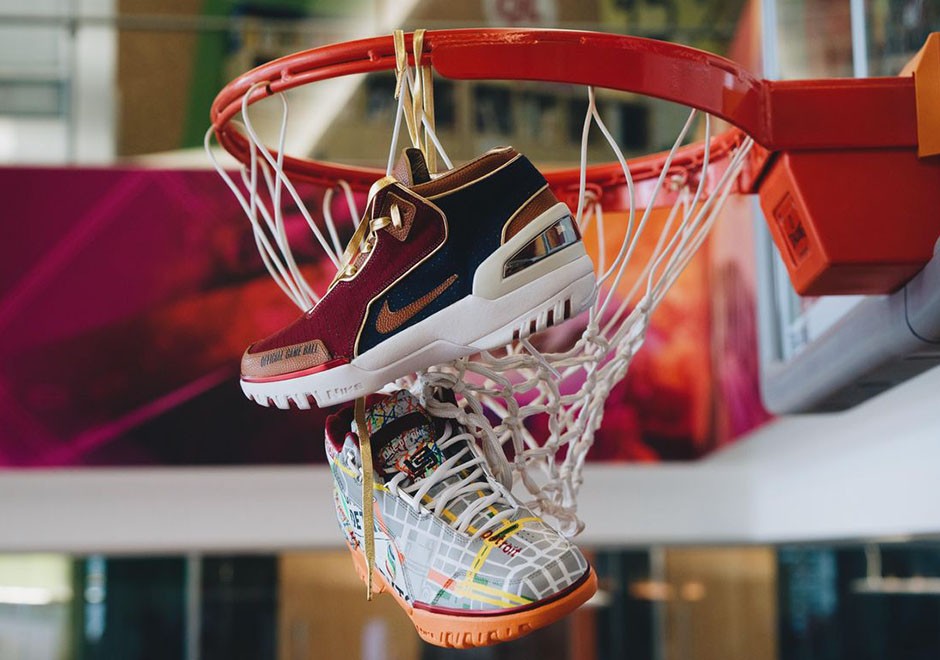 The cities of Cleveland and Detroit combine into one custom pair of the Nike Air Zoom Generation made for Cleveland Cavs owner Dan Gilbert. Gilbert, who has his hand in a number of entrepreneurial projects including the newly launched StockX sneaker resale site, had this special pair of LeBron’s first signature made celebrating the city he hails from, Detroit, and Cleveland by two of the world’s top sneaker customizers. El Cappy did the honors on the Detroit shoe, featuring a map of the city as well as the logos of Gilbert’s businesses headquartered in the Motor City including Quicken Loans, FatHead, Bedrock, and StockX. JBF Customs who calls Cleveland home fittingly designed the Cleveland shoe, featuring materials form an official NBA game ball and Cavs uniforms, along with gold trim to represent the championship quest of the Cavs. Check out a detailed look at the customs below.