BEAMS Transforms The Reebok NPC UK Into A Golf Shoe 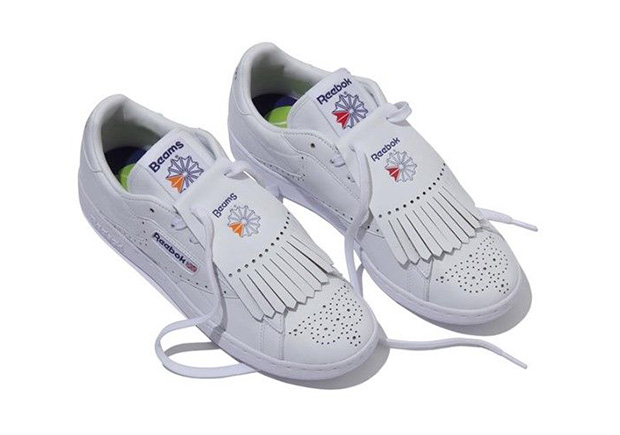 Japanese boutique BEAMS has transformed the classic Reebok NPC UK lifestyle model into a golf shoe as part of their ongoing collaborative effort. Earlier this year, Reebok announced the “Year of the Court” celebration by bringing back some of its most iconic tennis offerings, but here another country club sport takes over the dominant aesthetic as BEAMS utilizes a playful callback to golf footwear through a unique fringe-laden lace overlay and detailed toecap perforations. International retailers will be stocking this pair on April 28th followed by a widespread May 12th release.