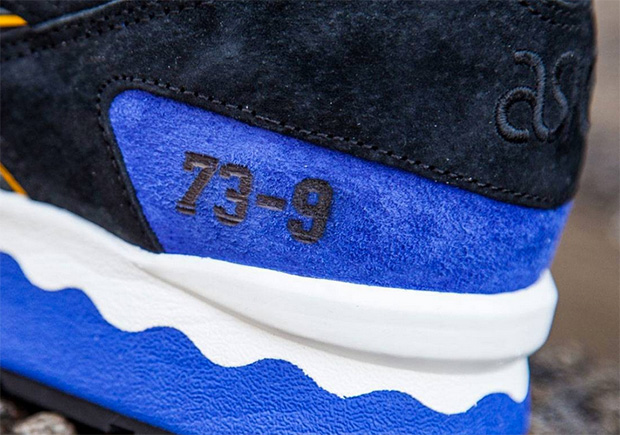 The Golden State Warriors pulled off the amazing feat of winning 73 games this regular season, breaking the long-standing record held by the ’95-’96 Chicago Bulls on the final game of the season. As a special celebration for the event, BAIT has just released special edition “73-9” versions of their previous GEL-Lyte V “Splash City” collaboration, which originally dropped in conjunction with the opening of their new San Francisco location. Using the “Splash City” colorway, BAIT lasered in “73-9” on the heels of the shoes to commemorate this record that will likely remain unbroken for decades. Get your pair right now directly from BAIT and check out the photos below.