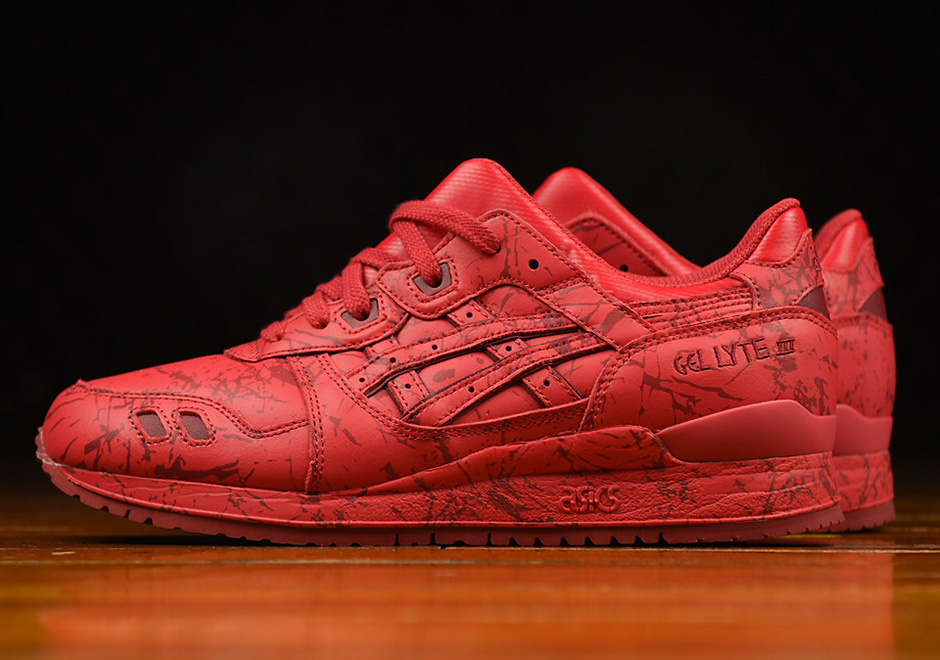 The ASICS Gel Lyte III‘s release slate has slowed down a little bit in the middle of Spring to focus on quality materials to keep fans of the archival runner interested. There was a pair inspired by Japanese craftsmanship and the denim industry, a Seersucker Pack to usher us into the Spring 2016 season, and now a premium marble graphic lands on two monochromatic colorway options. ASICS’ in-house colorists have continued to showcase their creativity with more room for improvisation than ever before, and the realistic marble array shines brilliantly atop an all leather upper in either red or white. What do you think of the release? Catch a better view below and know that each pair is available today from Renarts for a cool $130 USD.