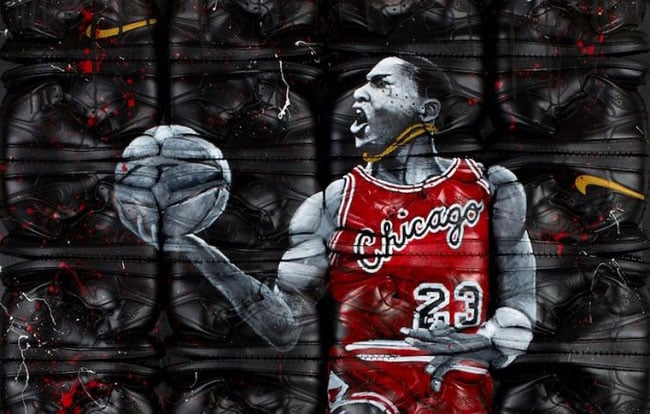 TYP who is known for his creative artwork has created something every SneakerHead would love. He has created Michael Jordan art while cutting Air Jordan 1s.

What he did was cut half of multiple pairs of the Air Jordan 1 then placed them on a 46 x 58 inch board. From there he painted a Black base which gave him the canvas to work with. Painting Michael Jordan from the 1985 Slam Dunk Contest, he even added the Gold chain. He also painted six of the Nike Swooshes Gold to resemble Jordan’s six championships.

Below you can check out a video showcasing some of the work that went painting this piece of art. You can also follow TYP on Instagram @typcollection to see more of his work. Make sure to visit the comments section below to let us know what you think of this creative piece. 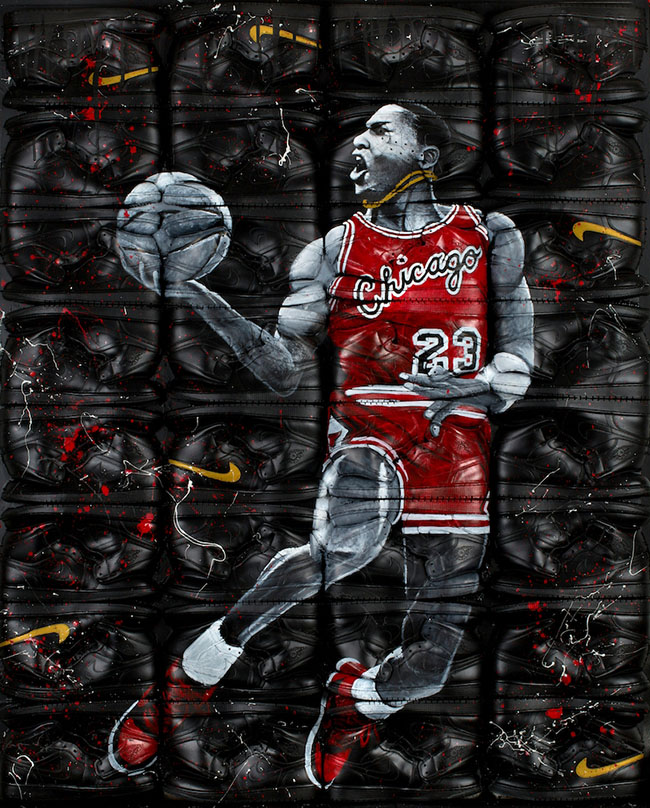