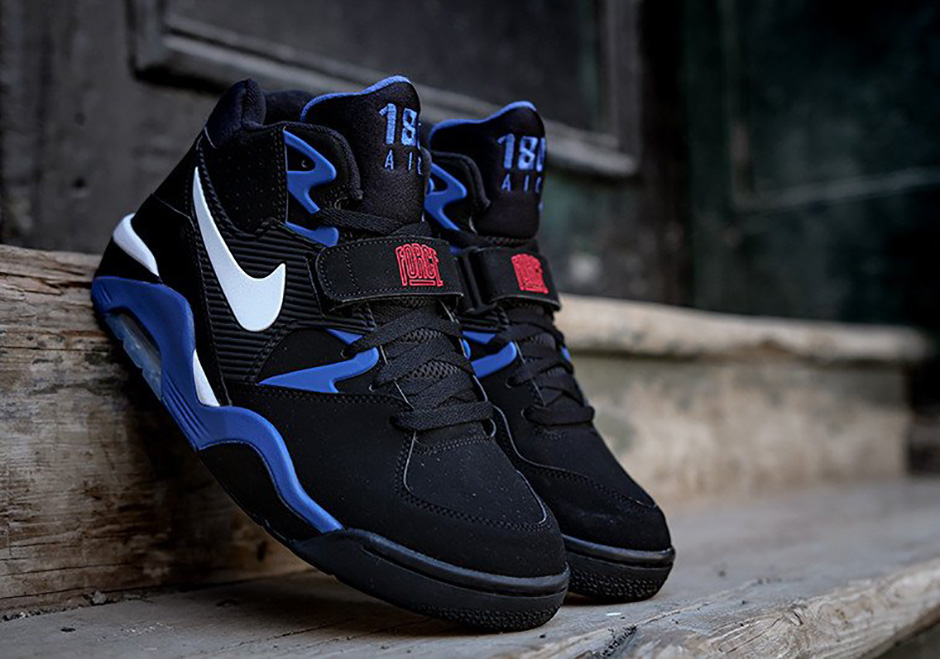 It seems like every four years, Nike Sportswear brings back a retro of the “Olympic” Nike Air Force 180 in honor of the summer games to harken back to the Dream Team’s original quest for gold. But what about all of the other original colorways featured in the Round Mound of Rebound’s arsenal? Today we get just that, as the classic “Sport Royal” aesthetic is returning to store shelves in the near future. It hasn’t been too long since we’ve seen this particular pair either, as a retro dropped back in 2013. A black upper sees a contrasting white on the chunky early 90s era Swoosh branding while accents of Varsity Red hit the ‘Force’ branding on the midfoot strap and appears on the ‘Nike Air’ branded heel. What do you think of this Nike retro? Check out more detailed photos below and be on the lookout for this Air Force 180 to arrive later this month.