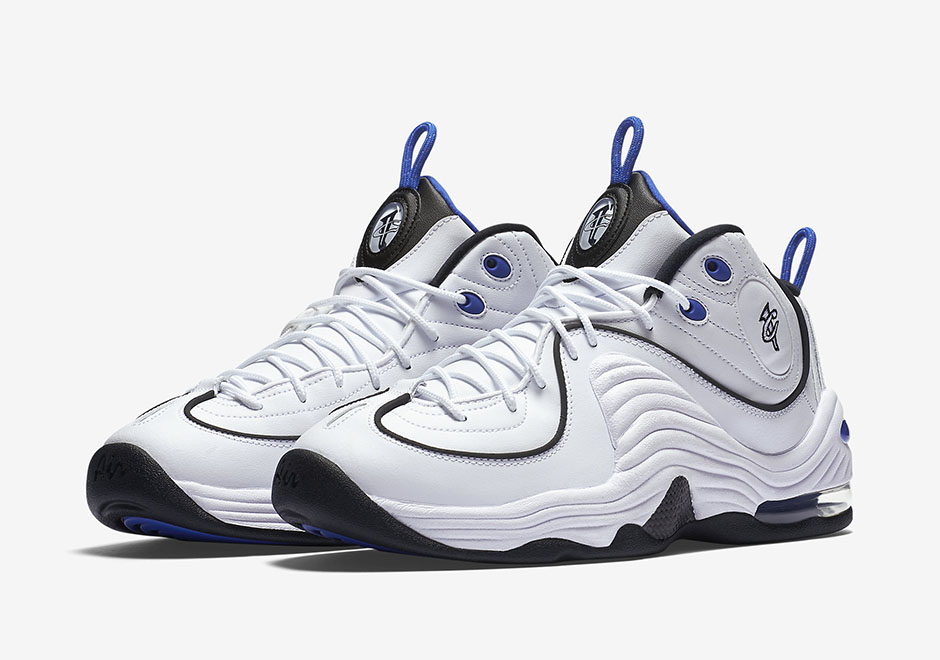 Fresh off the debut of our latest Flashback to ’96 feature on the Nike Air Penny 2 yesterday, we can now report the good news that another original colorway for Penny Hardaway’s beloved second signature model is currently arriving at retailers. The OG “home” colorway that the Orlando Magic star wore during the 1996-97 NBA season is the latest Air Penny 2 to hit the market on its comeback year in 2016. Also the colorway of the Penny 2 worn by Penny in the 1997 All-Star game, the shoe features a predominantly white upper with accents in black and royal to match the classic Magic team colors. Get an official look at the shoe from Nike here, and find the OG Penny 2’s now at select Nike Sportswear retailers.