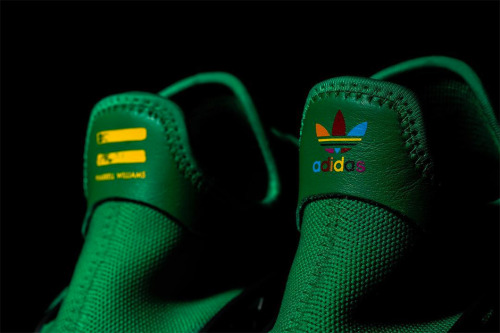 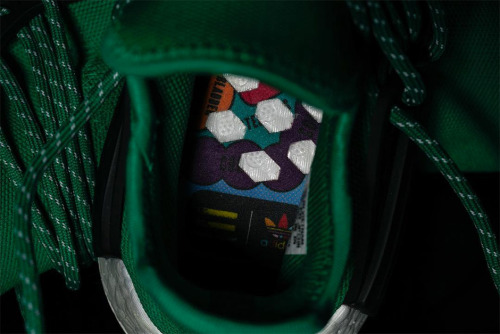 After a smash hit with the first Yellow release from this new Adidas and Pharrell collaboration, here we have yet another one added to the list as we witnessed earlier in the week. Although, the pictures that leaked earlier in the week from the red and green pair appear to be fake and have already been confirmed by Adidas. As you can see these contain a triangle on both the left and right shoe with the letters “Hu” inside it as opposed to the fake photos that showed “Human Race” along the upper. There is still no official release date for these but stay tuned for more information.