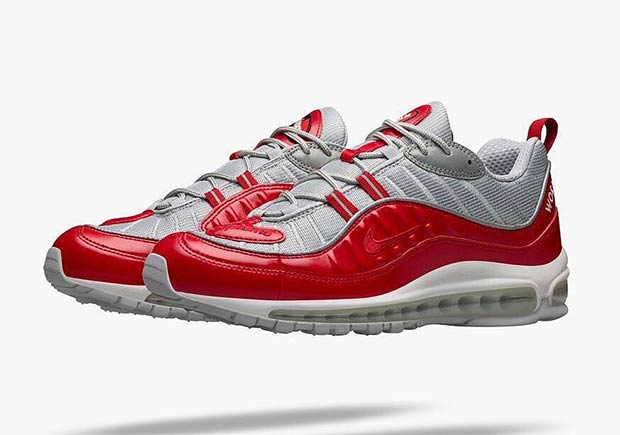 As speculated earlier today, the Supreme x Nike Air Max 98 will indeed release at NikeLab. The official NikeLab Instagram just released a photo of the red colorway, with an announcement confirming a release on April 30th at NikeLab locations worldwide as well as a release on NikeLab.com. All four colorways will release on April 30th, along with the matching camp hats at 1 PM EST on Saturday here.