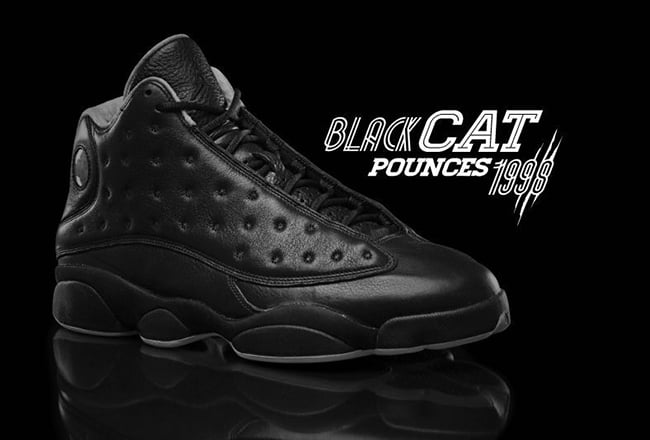 Jordan Brand will release a new color scheme for the Air Jordan 13 in 2017. The Air Jordan 13 ‘Black Cat’ will be one of a handful of releases next year that celebrates the model 20th Anniversary.

It makes a lot of sense for the brand to release a ‘Black Cat’ Air Jordan 13 as the model takes inspiration from the Black Panther, which Michael Jordan resembled when on the court. The outsole on the Air Jordan 13 takes inspiration from a Panthers paw while the hologram that is used by the collar represents the animals eyes. Now this model will truly be fitting has it’s dipped in all Black which resembles the cats fur.

Currently a release date for the Air Jordan 13 Black Cat has yet to be announced, but the good news is they will debut during Spring 2017 at Jordan Brand retailers. Once more details are available, we will make sure to update you.