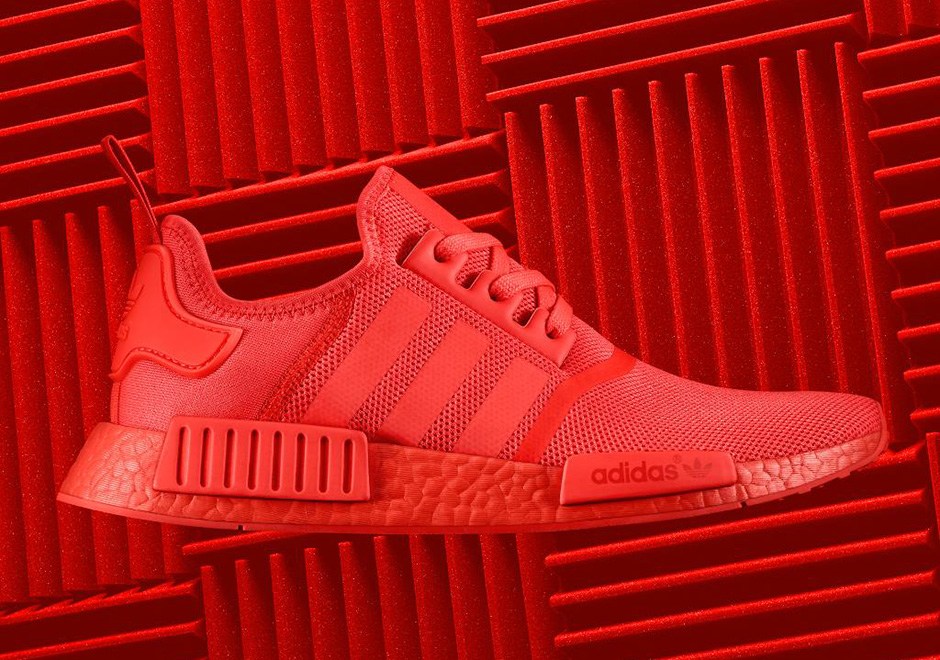 Sneakerheads were sent into a  text-message craze when adidas Originals gave away 100 pairs of the “Pitch Black” NMD by way of a creative Snapchat-based contest. After the dust settled, adidas promised something big today, and they delivered by way of three color-Boost releases that are set for a release this September. The Solar Red and Triple Black colorway of the NMD R1 will drop sometime in September, while the new adidas NMD XR1 with a pin-striped upper and black Boost will drop on September 17th. Check out the photos just ahead and stay tuned for firm release date info the on the two classic NMD models.