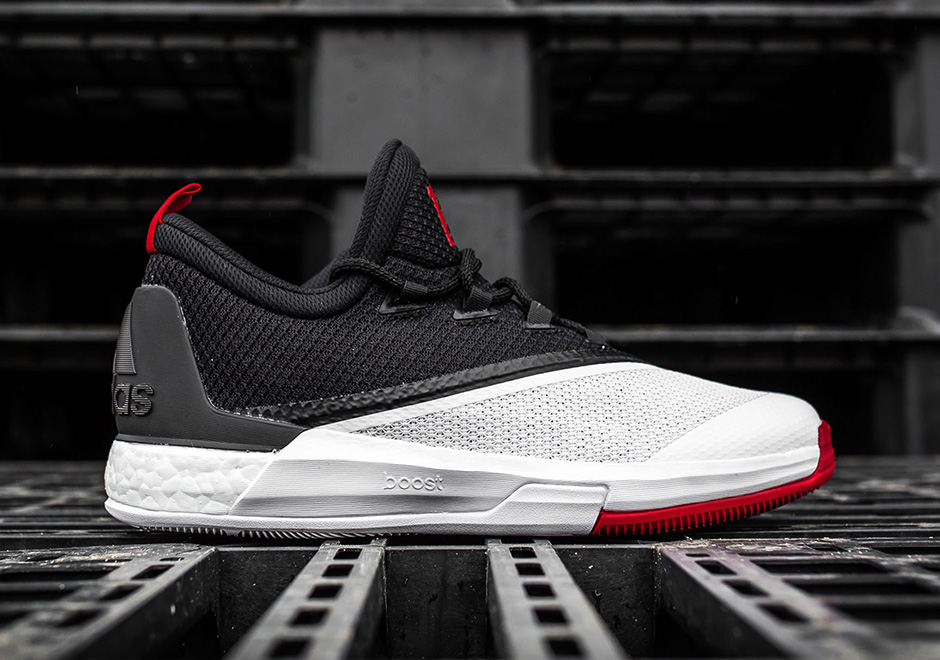 It was a banner year for the adidas Originals lineup, but the three stripe’s hoops imprint is still struggling to find an identity even after signing James Harden to that ludicrous $200 million deal. Perhaps part of the reason for the adidas Hoops is still finding its way was the Rockets’ tumultuous season, one in which the team – new signee James Harden included – looked like they couldn’t be more ready to be bounced from the playoffs and start their summer vacations early. Regardless, adidas had no other choice but to stick to their release schedule and drop this ill-timed adidas Crazylight Boost 2.5 James Harden Playoff PE after the bearded wonder checked out for the season. Like Harden, the Crazylight Boost is undoubtedly a quality performer, just with a lack of the much-needed cool cachet to translate over to the lifestyle market like the three stripe’s NMD and Tubular designs have successfully done. A simple black and white colorway sees accents of Houston’s red while Boost technology adds a comfortable and supportive ride, all for just $130 USD. What will next season hold for Harden and adidas? While a signature model seems imminent, after a disappointing first year together James and the three stripes still have a lot to prove.