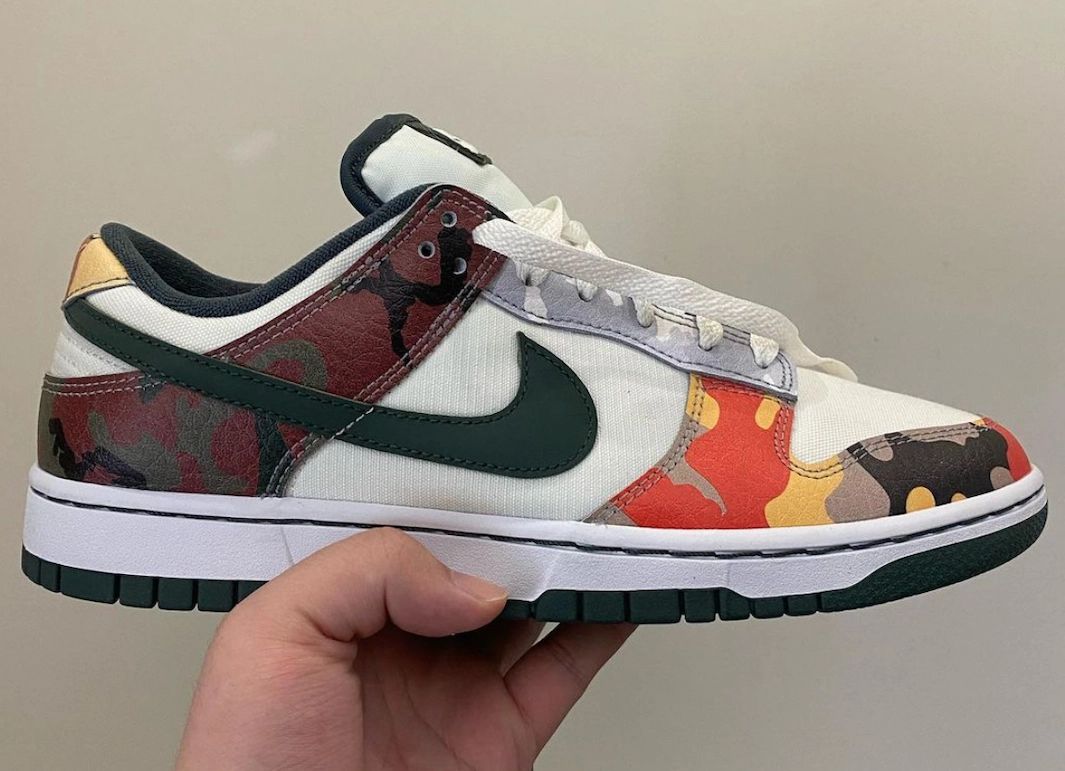 Recently, we showcased the upcoming ‘Oil Green’ Camouflage pair and now, Nike Sportswear will debut another ‘Camo’ Dunk Low that will be available later this year.

This Nike Dunk Low features a Sail, Vintage Green, Total Orange, and White color combination. Constructed with White leather across the base while camouflage prints land on the overlays, eyestay, and heels that feature different colors. Lastly, we have Black on the Swoosh logos and rubber outsole while White covers the laces and midsole.

You can expect the Nike Dunk Low SE ‘Camo’ to release at select retailers and Nike.com during Spring 2021. The retail price is $110. Once we have more information, we will make sure to update you. Continue to scroll below for more images that will give you a closer look.

Update (5/11): We now have more images of the ‘Camo’ Nike Dunk Low that will debut within the next several months. New images via woganwodeyang. 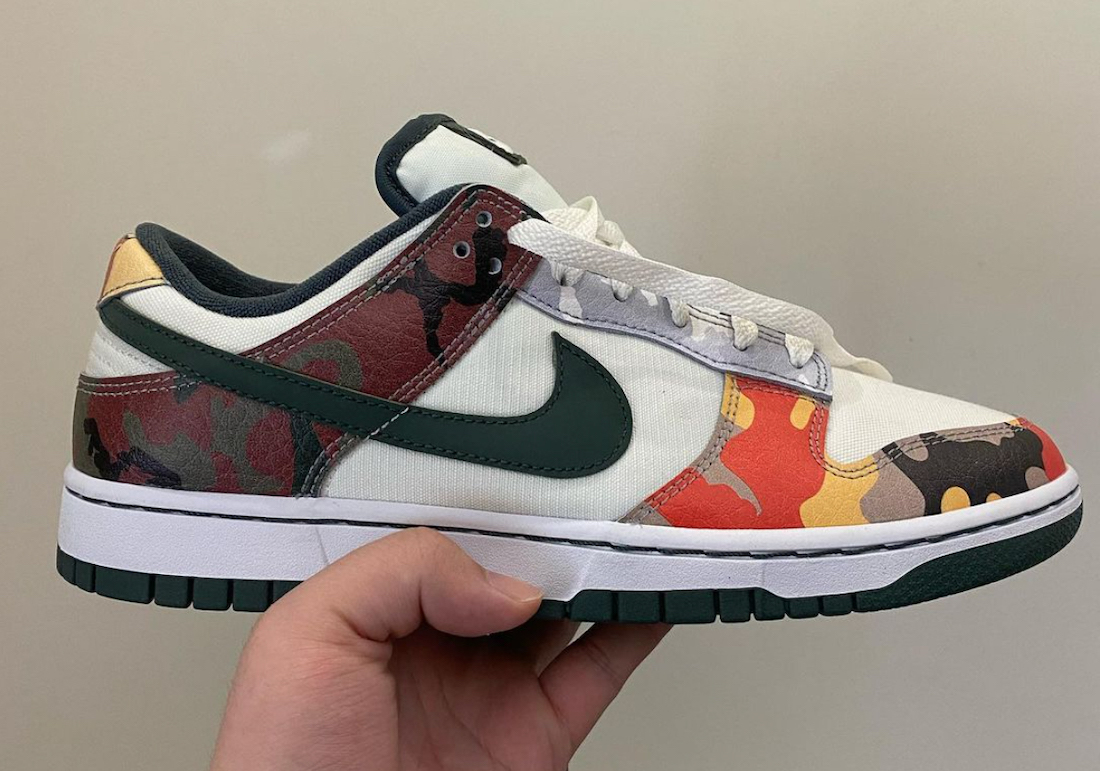 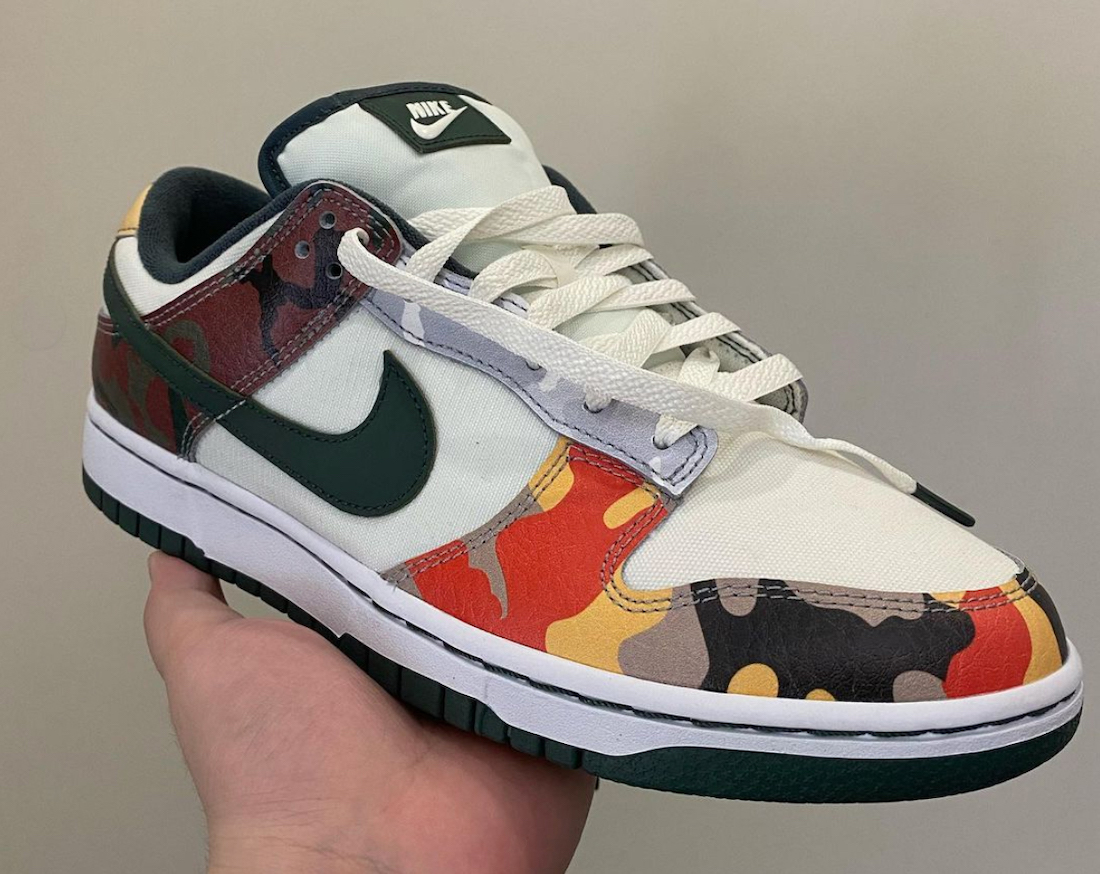 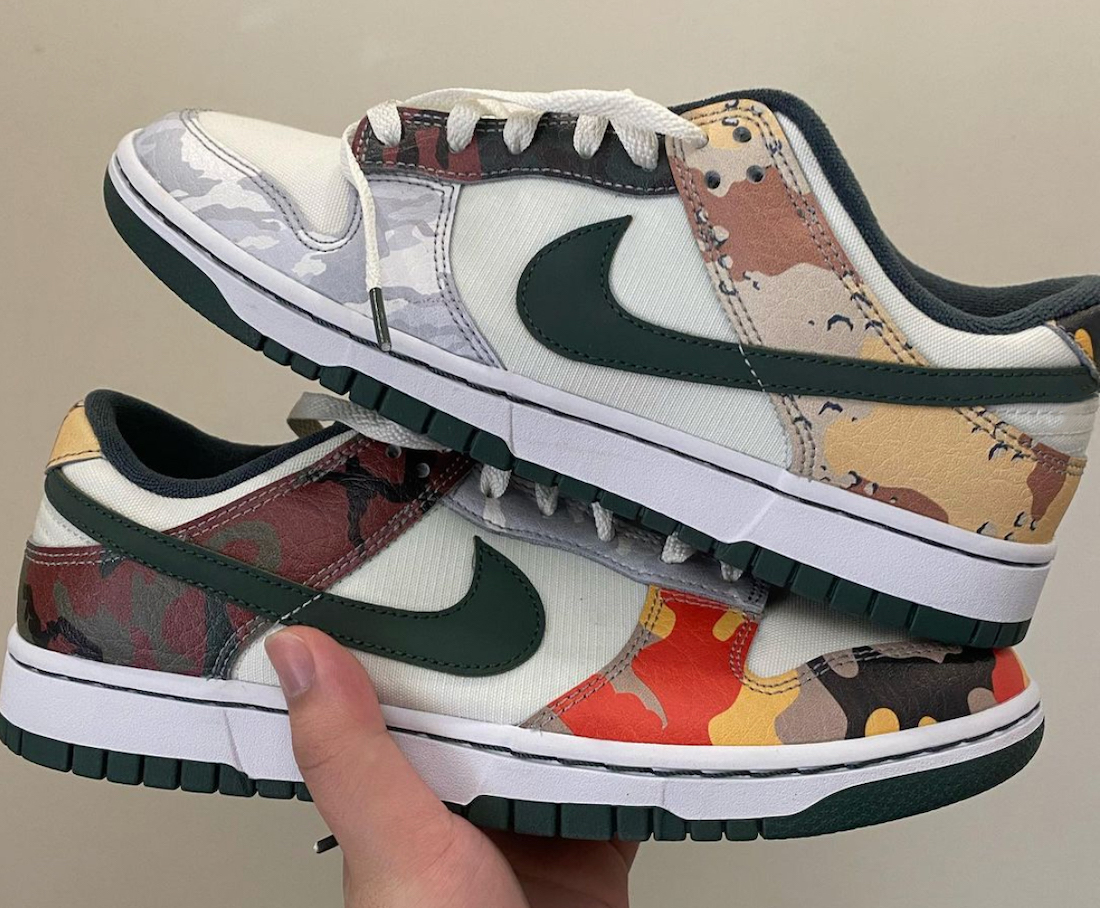 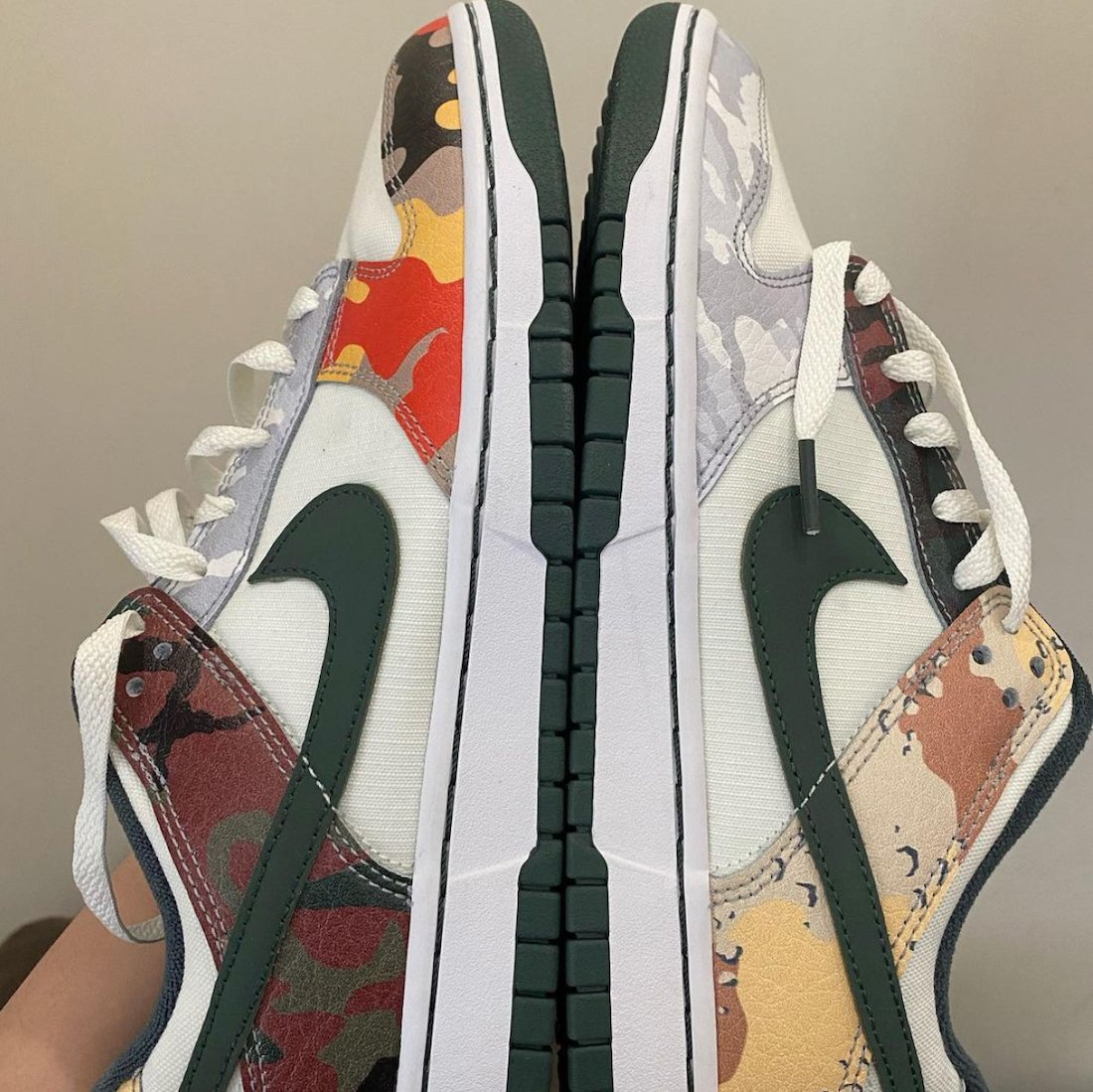 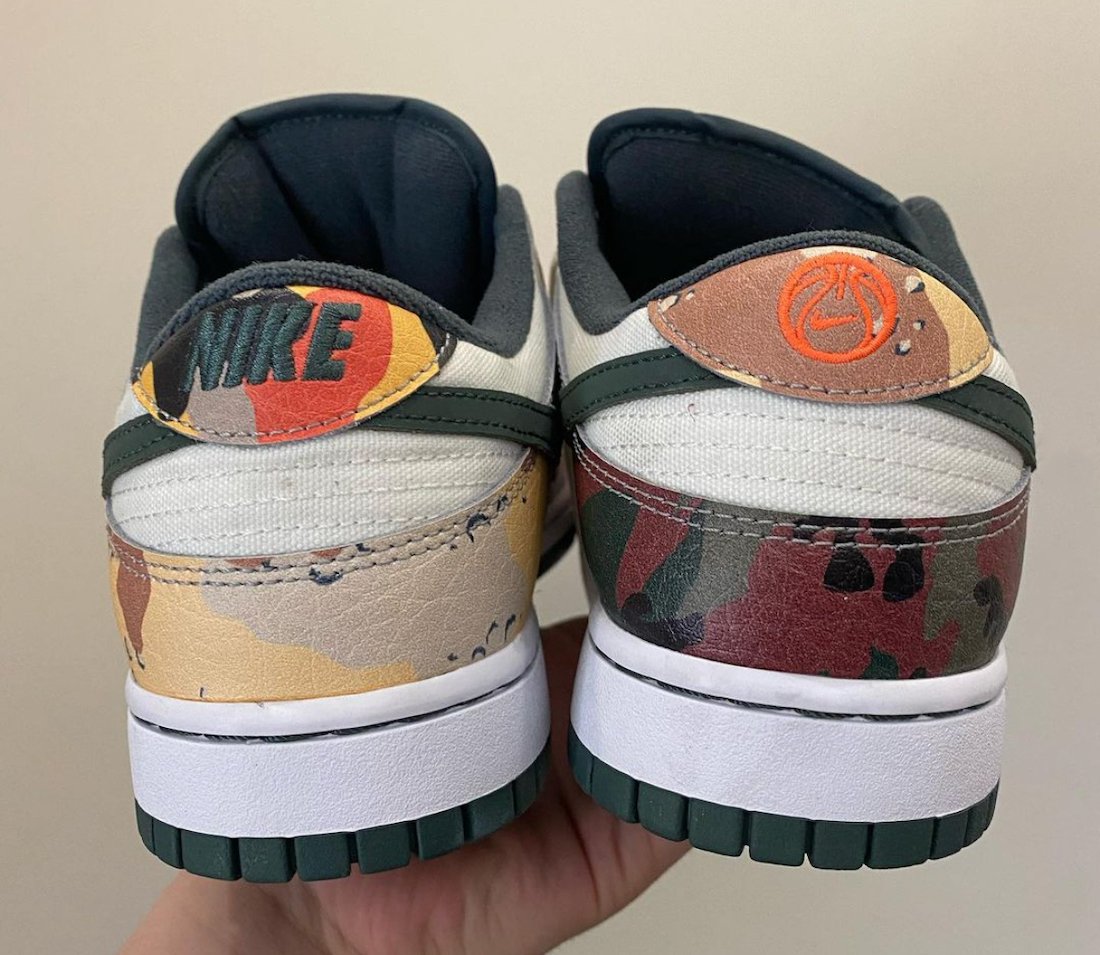 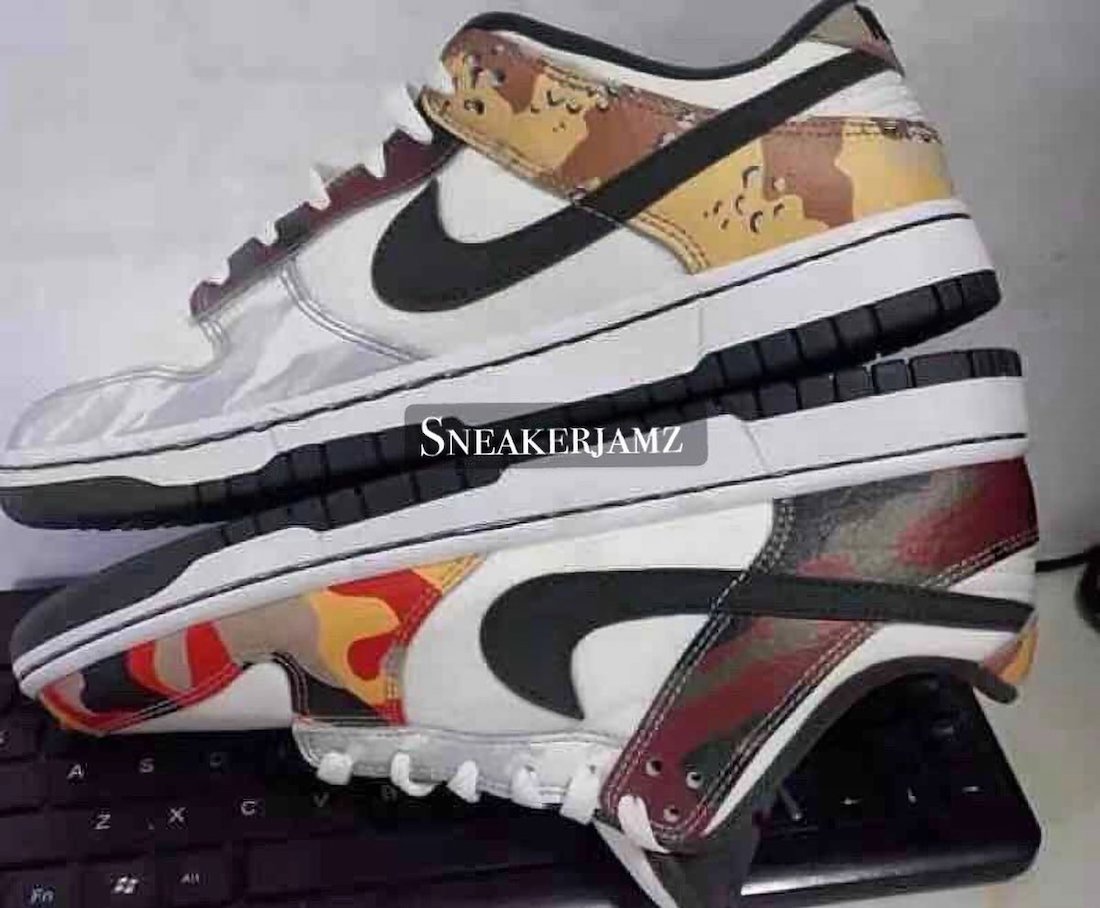