A Detailed Look At The Swoosh-less Air Jordan 1 Low 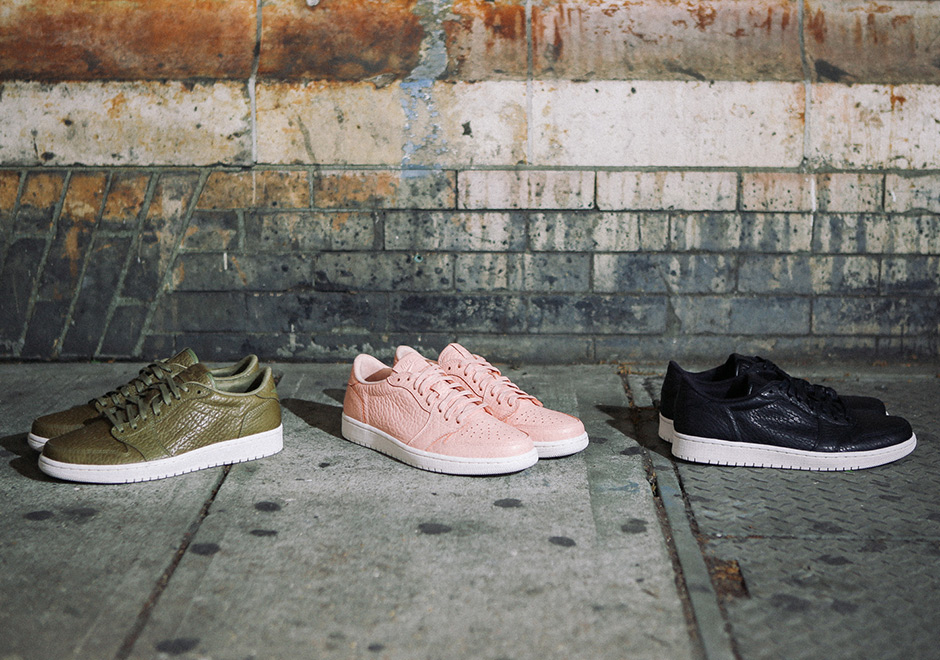 Jordan Brand surprised everyone when they removed the Swoosh on the Air Jordan 1 Low for three upcoming tonal colorways for Summer 2016. The premium Swoosh-less offerings are slated to arrive later this month and are turning heads thanks to a luxurious full-grain tumbled leather that focuses on quality instead of branding throughout. Available in black, olive green, and pink, each pair sees embossed Nike Air branding on the tongue while a subdued classic Wings logo lands on the heel in a matching shade. What do you think of the Jumpman’s decision to ditch the Swoosh branding on the side panels? Continue onward for a detailed look at the latest Swoosh-less Jordan 1 release and be on the lookout for these three pairs to arrive at retailers on May 21st for $150 USD.

The post A Detailed Look At The Swoosh-less Air Jordan 1 Low appeared first on Sneaker News.